Our trip to AlumaFlamingo began by rendezvousing at Jane’s Bambi at the storage lot on Valentine’s Day.  I arrived to the storage lot early to begin work on clearing snow that was blocking the Airstream in it parking spot.  After strapping my truck to Jane’s truck we were finally able to free the Bambi from it’s parking space – it took a double-diesel locomotive to free the rig.   We then proceeded south. 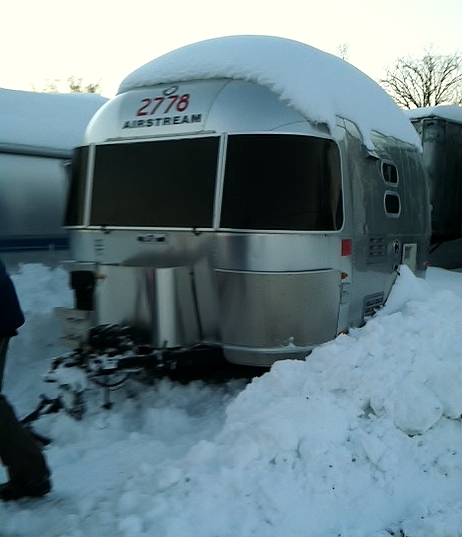 With a Saturday night stopover in VA we arrived at the Jones’ residence at Braden Castle Park, Bradenton FL Sunday late afternoon.  BCP began as a Tin Can Tourist Camp back in the 1920’s and in a short time 180  cottages had sprung up on the grounds.  For a complete history of the Park see…  http://www.bradencastlepark.com/bcstory.html. With roots in camping the Park still maintains ten or so campsites to this day.  After setting up at the campsite we headed over to my folks, who winter on the other side of Bradenton, for a nice home cooked meal. 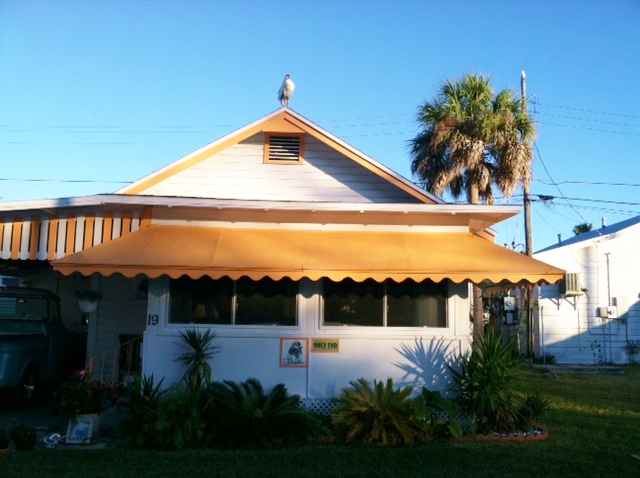 Monday morning we met my folks at the beach – worth mentioning…upon our arrival to FL the temps were in the 80’s and the sun shined on us all week.  Monday happy hour was hosted by the Jones’ and we all had a lively time greeting Hunt’s flock of visiting storks and his favorite blue heron affectionately named Blue.  Susan served up wonderful BBQ ribs and vegetable stew for dinner.

Tuesday afternoon we made our way over to the Sarasota Fairgrounds for check-in to AlumaFlamingo.  After a bit of a wait the parking staff led us to our site for the week – 30 amp and water – no sewer.  We were very careful not to fill the holding tank of the 16 foot Bambi.  In true camping fashion, we rigged up tarps around the awning and showered outside.  It worked just fine for us.

Wednesday morning we took in Pee Wee’s talk on Wally Byam and Airstream’s history, followed by sharing a lunch with him at a St Armand’s Circle restaurant ‘Columbia’s’.  After some shopping we were back in time for Happy Hour at the Rally.  While not overly attended, most of ‘our’ friends were there including the Brinks who we had not seen in a couple of years.  It was great catching up with them and they send regards to their Watchung friends. 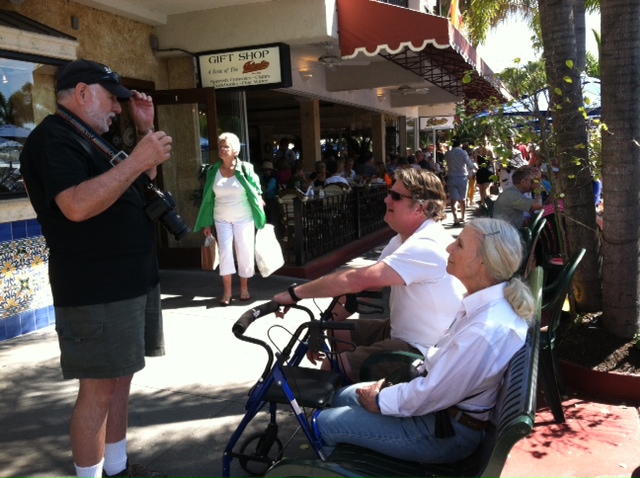 Wednesday night we attended the lively Vintage section campfire hosted by members of the WBCCI’s newest Unit – The Southeast Camping Club – a splinter group of the GA Unit.  We learned the Unit was formed because a number of members want to camp somewhere other than Top of GA Airstream Park.  Good for them.  That night we also we rubbed elbows with Region 2’s new 2nd Veep – Mark Hamer and his wife Debbie.  More about Mark’s planned Revolutionary War/NY Caravan for summer of 2014 in a future Hillbilly.

Thursday morning had us traveling over to Myakka State Park for a Rally excursion airboat ride (world’s largest – seats 70+ people) to see us some gators.  And boy did we see some!  The gators of all sizes were out sunning themselves in the warm morning sun all over the lake’s shoreline.  The bird wildlife was plentiful as well.

Friday morning had us back at the hall for Pee Wee’s second talk of the Rally, this time covering the 1959-60 ‘Capetown to Cairo Caravan’ in which he served as advance scout at the ripe young age of twenty.  His memory and ability to provide detail after all of these years is truly a treasure.  I just can’t get enough of his Airstreaming travel tales with Wally.

Friday afternoon we lunched with my folks back at Columbia’s, more shopping, then back to the fairgrounds for happy hour where I finally ran into the Bacon’s (Jane had seen them several times during the week but I never did – they were thinking I wasn’t really at the Rally), dinner, and then the evening’s entertainment – Mike MacArthur and Friends,  an excellent jazz band from the Tampa area.  Still riled up from the great music we headed over to the Open Bluegrass Jam session where we ran into a fellow Watchunger Gene Hecht and his gal.  This offered a fun close to a great week for us.

Having to be at work Monday we were forced to pack up and hit the road Saturday morning.  We made it to the South of the Border campground in time to get a swim in in the hotels indoor pool.  That was great medicine after a six-hundred mile drive. 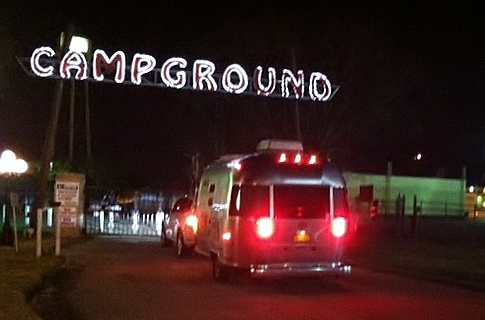 Sunday presented another 600 + mile day but we did manage to time dinner at Holly’s on Rt 50 in MD situated just past the Chesapeake Bay Bridge.  They serve up the best cream of crab soup!  We made it safely back to the Bambi’s parking spot by 10 PM.  Jane’s new-to-her VW Touareg drove and towed the Bambi like a dream.  It was hard to hand back the fob after such a wonderful travel week in the vehicle. 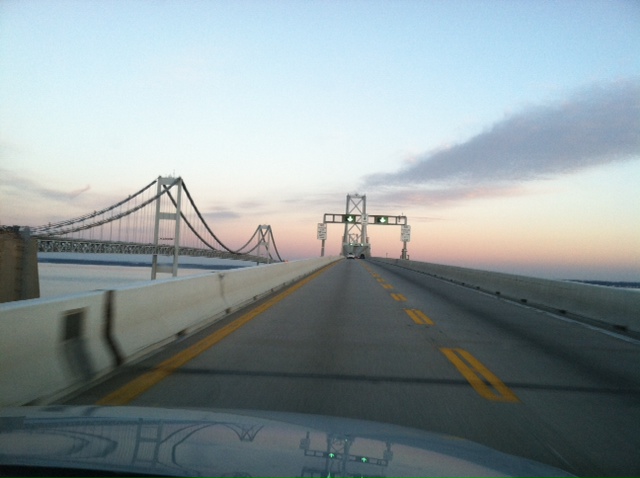 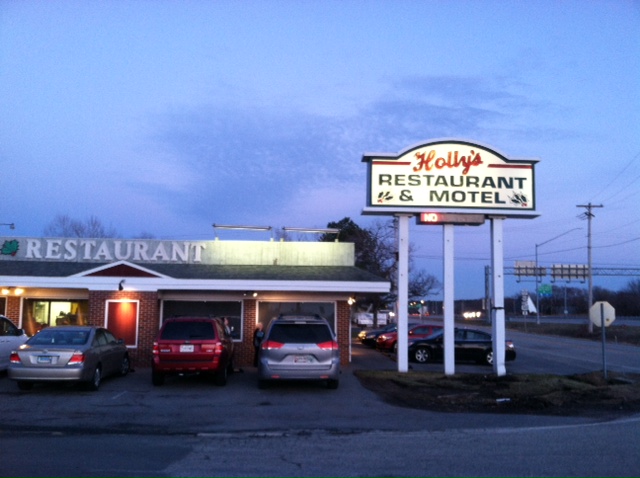 Now we sit and watch the snow pile up more and hopefully melt for a couple of months longing for the Watchung Unbutton Rally in April.

Back to Morrison's Airstream Page